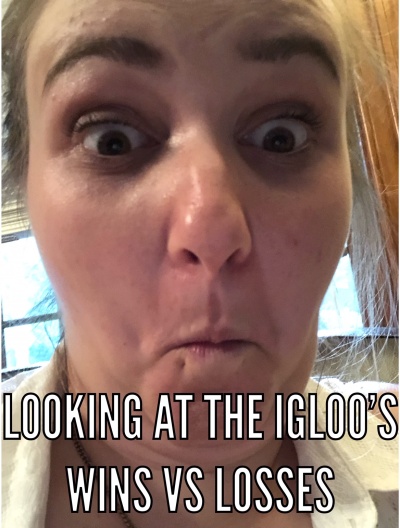 The following transactions occurred during the All-Star break:

“I don’t what Ron’s going to do now that he’s not coaching.  Maybe he’ll go home and yell at his flowers until they grow.”

In recent seasons, the trend of individual goal songs has been spreading throughout hockey.  Most NHL and SHL teams have an anthem that they play when their team scores, but now some teams are playing specific songs when certain players score.  The Hamilton Pistols are the latest team to join that bandwagon, and it’s proven delightful to their fans… and annoying to their opponents.

The Pistols front office discussed the idea of individual goal songs during the offseason.  They decided to start small, with an individual song only for their top scorer, Steven Alexander.  “Alex is a generational talent, so if anyone deserves to have a special song, it’s him,” said Pistols coach Keith Shields.

After discussing the idea with Alexander and considering some possible choices, the team ultimately settled on a techno remix of “Scotland the Brave.”  (Alexander is of Scottish descent.)  “It was the perfect mix: distinctive, energetic, and fun,” said GM Marcel LaClaire.

The Pistols rolled out the song at the home opener, and it quickly proved to be a hit.  The song’s tempo and the quirkiness of the bagpipes were an infectious and irresistible combination for the fans.  Several Hamilton diehards dubbed themselves “Clan Alexander,” and now come to the arena dressed in red-and-black plaid kilts and tams, and play “air bagpipes” whenever their hero scores.

So far, so good.  But the song was such a hit that the team also began playing it as a third-period rally song.  The song is accompanied by a cartoon of a kilt-clad Alexander clubbing opponents to death with his hockey stick.  Naturally, the fans responded raucously to the prompt, raising the decibel level within Gunpowder Armory to deafening levels.  This tidal wave of noise drew the ire of Anchorage Igloos coach Sam Castor this week.

In the third period of Tuesday’s game, the Igloos trailed the Pistols 4-3, but Anchorage went on the power play with less than two minutes left and a chance to tie things up.  Castor called time out to discuss strategy with his team.  Unfortunately, he found himself completely drowned out by the music and the roar of the crowd.  The Igloos failed to score on the ensuing power play, and wound up losing the game.

“I’m trying to get my team on the same page for a critical PK, and I can’t even hear the words coming out of my mouth,” fumed Castor after the game.  “I’m used to loud music and screaming fans, but this was another level.  I ought to be able to have a strategy session with my team without having to use sign language.”

Castor claimed to have measured the sound level using an app on his phone; he said that it exceeded 130 decibels, roughly the same as a jet engine during takeoff.

Initially, the team blew off the complaint.  “What, are our fans cheering too loud for you?” said Shields when informed of Castor’s remarks.  After talking to the league office, however, the Pistols apologized and said they would lower the volume on the song somewhat.

“We’re not wanting to deafen anybody,” said LaClaire.  “We just want everybody to have a fun time.  But never fear, ‘Scotland the Brave’ is here to stay.”

END_OF_DOCUMENT_TOKEN_TO_BE_REPLACED

Coming up to the midpoint of the season, the Anchorage Igloos expected to be comfortably anchored in a playoff spot.  After a dreadful start to the season, the Igloos got onto their usual hot streak, and expected to keep the positive momentum rolling right into another Western Division title.  But over the last three weeks, Anchorage has gone into a slump, winning only 2 of their last 11 games.  Now, at the All-Star break, the Igloos are just barely above the .500 mark.  If the season ended today, they would miss the postseason for the first time since 2016.

“Obviously, we’re not playing up to our expectations right now,” said Igloos coach Sam Castor.  “There are definitely some areas of our game that we need to tighten up.”

Over the last week and a half, the Western clubs have traveled to the East for the first time this season.  The road trip has been a fiasco for Anchorage.  It began well enough, with a 3-1 win over Boston.  But they haven’t won since.  Their next four games were each agonizing one-goal losses.  They managed to salvage a point on Saturday by tying Quebec 2-2, but in the process, they blew a two-goal lead in the third period.

“I feel like we’re getting some good looks, but we’re not getting the puck luck,” said LW Les Collins.  “It’s frustrating.”

The numbers back up Collins’ statement.  They’re continuing to generate as many shots as usual, but their shooting percentage has plummeted during their recent slump.  Before they hit their current skid, Anchorage was converting over 10% of their shots; in the last two weeks, they’ve managed to score on just 6.3% of them.  They had been averaging 4 goals per game; it’s been almost two weeks since they’ve scored that many in a game.

Their shooting drought has been paired with a smaller but significant dip on defense; together, it adds up to their current 2-6-3 slide.

One of the chief culprits of the team’s shooting woes, C Jake Frost, has been mired in a season-long slump.  Thus far, he has only 11 goals on the season, just over half as many as he had at this point last season.  Not coincidentally, his shooting percentage for the year is only 9.3%, about half his normal rate.  He has fewer goals than second-line center Tom Hoffman, who arrived in Anchorage as a reclamation project in the offseason.

“I don’t know what the problem is,” said Frost.  “I know defenses overload on me a lot, but they always have.  I’m glad that we’ve got other guys who can carry the load, but I can’t help but feel responsible for the way we’re struggling right now.”

Overall, though, the Igloos don’t seem alarmed about their current predicament.  “We’re not going to hit the panic button because we’re one point out of a playoff spot at the halfway point,” said Castor.  “We’ve got a battle-tested group here, and we’ve overcome tough times before.  We just have to get back to playing the way we know how.”

But the young and frisky Shockers, powered by the off-kilter of their “Ministry of Fun,” don’t intend to make it easy on the Igloos.  The second half is shaping up to be an epic battle.